History of Fire in the Santa Cruz Mountains

Fire is nothing new to San Mateo County and to California as a whole. Fire has been part of the California landscapes for millennia. In more recent years, historically large and destructive fires like the Camp Fire, Tubbs Fire and the Mendocino Complex have brought fire to the forefront of every Californian's mind. The reasons behind the severity of the more recent fires are diverse and complex. However, looking back on the history of fire on a landscape can provide clues to prevent catastrophic wildfires in the future.

In more recent years, with fire suppression, the introduction of exotic plant species, and inadequate forest management, uncharacteristically high fuel loads have developed throughout San Mateo County. San Mateo County has 39 square miles of wildland-urban interface (WUI), according to a 2010 survey of counties in the western US by Headwaters Economics Institute. In total, San Mateo has 14,704 homes within the WUI. These communities are the most at risk for wildfire.

“Since the 1970s, there has been increasing public pressure to preserve local natural features. This philosophy has influenced the management of parks, open space, and private land holdings. The result is an ever-increasing land base that is often void of disturbance, whether by wildfire or resource harvesting. In many instances, the resulting landscape is overgrown with a variety of species in a variety of different age classes. The proximity of homes to flammable landscapes can be a potentially dangerous situation in the event of a fire.” 2018, Community Wildfire Protection Plan, Santa Cruz and San Mateo

The majority of fires within San Mateo County are small, less than an acre, mostly due to early detection, large suppression response and favorable weather. However, given unfavorable conditions, fire has the potential to spread to unmanageable proportions. Most large fires in the recent past within the Santa Cruz Mountains have been in Santa Cruz County, such as the Loma Fire in 2016 which burned 4,500 acres. However, large fire in San Mateo is not a matter of ‘if’ but ‘when'.

Surprisingly, since the 1940's there have been very few large fires within San Mateo County. The most recent Skeggs Fire in September 2017 burned 50 acres, closing down public parks. That was a relatively small-scale fire looking at San Mateo County's past. See the Fire History Map below and historical information on ignition fires and fire history from CAL FIRE in the links below. 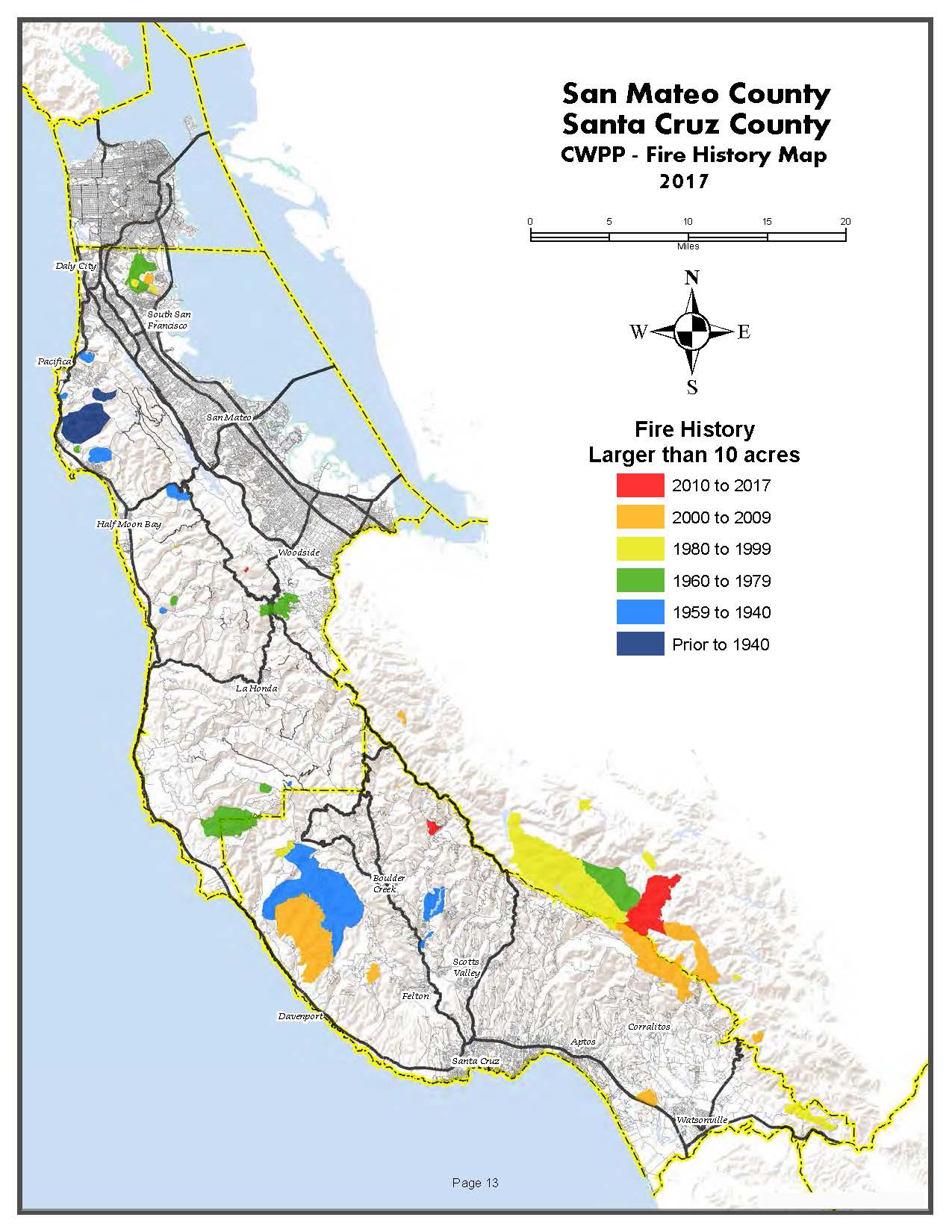